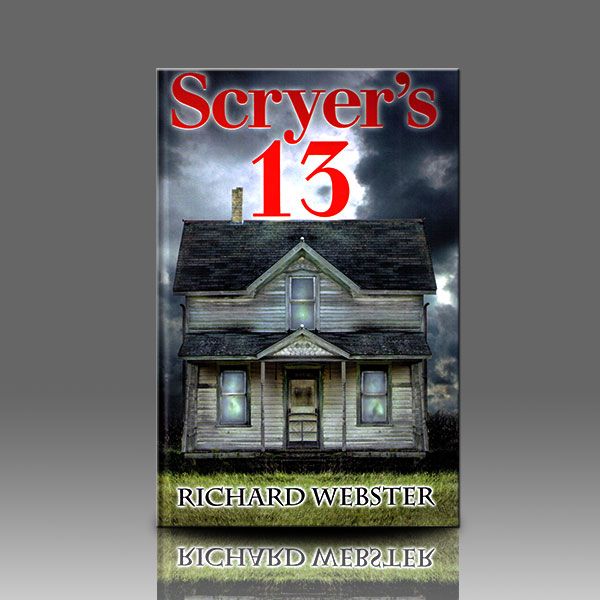 Beschreibung Bewertungen 0
Beschreibung
The Mystery of the "13" is over... We are proud to announce the next project from Neal... mehr
Menü schließen

The Mystery of the "13" is over...
We are proud to announce the next project from Neal Scryer. This work contains 13 contributors PLUS over 11 routines from Scryer himself!

Scryer's Gypsy Fortune Telling Machine Reading:
Possibly the easiest reading you could ever do, with an exceptionally strong impact! It's so easy you'll be able to do it in a few minutes.

Scryer's Human Pendulum Invisible Deck:
How's this for something different? The spectator actually becomes the pendulum!

Scryer's Signature Duplication:
This is a tribute to Dr. Jaks - and it is a reputation maker for sure! Performer Jon Stetson kills with this and very select few of Scryer's closest friends have used this technique with great success.

A Bizzarist Dream Come True:
A foolproof safe "smash and stab" that uses a prop but ends with and extremely strong emotional kicker. No one can get hurt on this - the spectators and performer are actually guided by a "passed spirit."

Scryer's Easy Coin Bend:
Like you have NEVER seen before. Expect standing ovations - also only tipped to a few of Neal's closest friends. This is real work, no gimmicks, and a signed and bent coin with their name on it. Completely different from the previous coin bend shared in the hit volume Scryer and Friends.

In addition to Neal's outstanding contributions, here is a peek at what the "13" have chosen to share in this incredible tome:

The Osterlind Read:
In his masterpiece "The Osterlind Read," Richard explains a brand new approach where one spectator reads another and the peformer shows he does the exact same thing, but in even greater detail! It is a mind-boggling demonstration that shatters the audience thinking processes!

Medium Rare - Jerome Finley:
Many feel that Jerome's information should probably not have been included, especially as he is only bringing this information to light and giving it a voice for someone else who wishes to remain behind the scenes. A prominent psychic, gifted spiritual healer and clairvoyant medium who he refers to as "Bee."

Keith Barry - Magical Memories:
This has been played out in front of 30,000 people in Ireland! Killer!

Peter Turner - Getting To Know You:
An absolute masterpiece from a passionate and brilliant performer! Richard Webster - How to hypnotize a person with a Pendulum:
This is 100% classic and killer Richard Webster material!

Please guard this book carefully, as it contains some of the best material in the world of mentalism.

Take a Look at What The Pros are Saying About Scryer's 13:

"Scryer is taking the mentalism world by storm! Read his books and learn why!"
- Jeff McBride Creator of THE MAGIC & MYSTERY SCHOOL

"I'm a full-time mentalist/psychic practicing the art in the UK - Simply Put - I have purchased all of Scryer's works and am on this list for this! Thank God for Scryer!"
- L. R. UK

"As usual top notch stuff. This should be on everyone's book shelf..."
- Tony Razzano

"Scryer's 13 is guaranteed to be one of the most powerful, personally cherished and re-read books in your entire library... Mark my words!"
- Jerome Finley!

"It should of been called, 13 Steps to Mentalism but that title has already been taken - it's that good!"
- Neal Rider