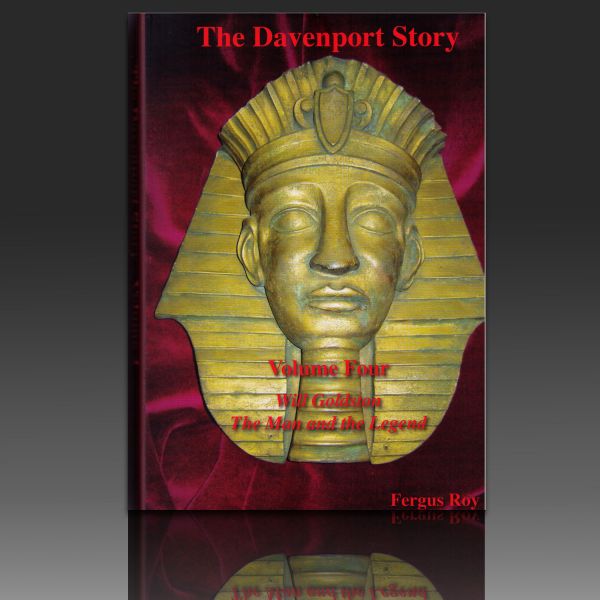 Beschreibung Bewertungen 0
Beschreibung
The final volume and climax of this universally acclaimed series. This is the amazing story of... mehr
Menü schließen

The final volume and climax of this universally acclaimed series. This is the amazing story of Will Goldston, one of the most influential magicians of the last century, gathered from thousands of documents acquired by the Davenport family in 1949. Further research has revealed a hitherto completely unknown extraordinary private life which would have ruined his reputation had it been known. He had an illustrious career, as a prominent magic dealer, author, magazine editor and founder of the elite Magicians' Club whose President was Harry Houdini until his death in 1926. Documents and photographs relating to Houdini's books and his first film as well as letters between the two reveal a close friendship.

Goldston was the author of some of the greatest works on magic, particularly his famous Locked Book series. As well as performing for Queen Victoria, he socialized with nobility and magic's elite. The volume includes 414 superbly illustrated descriptions of tricks from his rare 1916 "Magical Scraps," probably the greatest collection in existence.

There is also a chapter on his close friend, the brilliant illusionist Horace Goldin, which includes revelations on the origins of his Sawing a Woman in Half Illusion and his inner thoughts as to how he devised illusions taken from some 800 personal letters between him and his friend Goldston. Also included is a selection of some of his illusion patents.