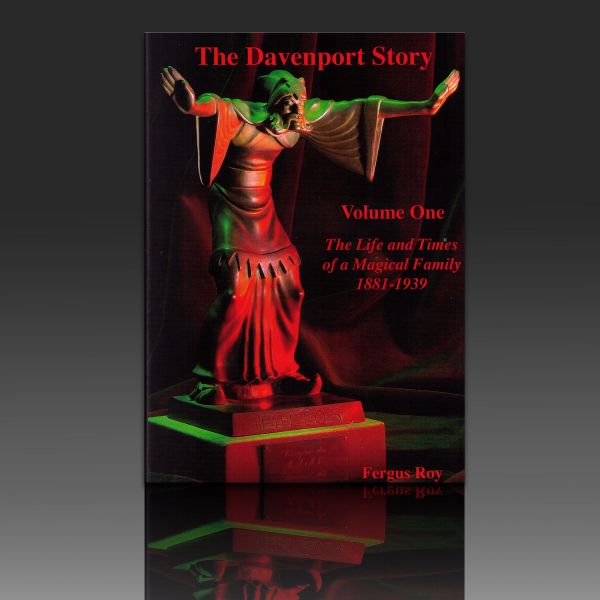 Davenports reveal in spectacular detail, secrets gathered over 110 years as dealers, performers and hoarders of magical memorabilia. The first volume of 'The Davenport Story,' entitled, 'The Life and Times of a Magical Family, 1881-1939,' tells how Lewis Davenport, at the age of 16, founded his business in a highly competitive market. It describes how that business prospered and ultimately became one of the most recognizable names in magic.

In addition, he and succeeding generations were magical performers. Interwoven into the story is how they developed their acts and interacted with leading magicians and events. The story calls upon unique archive material acquired from the likes of The Servais LeRoy Company, Chung Ling Soo, Maskelyne's, Will Goldston, Arnold De Biere, Okito, Cardini, Kalanag, The Great Levante, Murray and many others. Other volumes are to follow and the second in the series, 'The Lost Legends,' will include Robert Harbin's unpublished 'Magic Marches On,' Edward Victor's lost book 'With Magic Hands' and as a bonus, a brilliant unpublished work by G. W. Hunter, 'The World of Magic.'

Volume One of 'The Davenport Story' is hard bound with color dust cover and has 441 pages with over 500 illustrations, including 16 full pages of color.