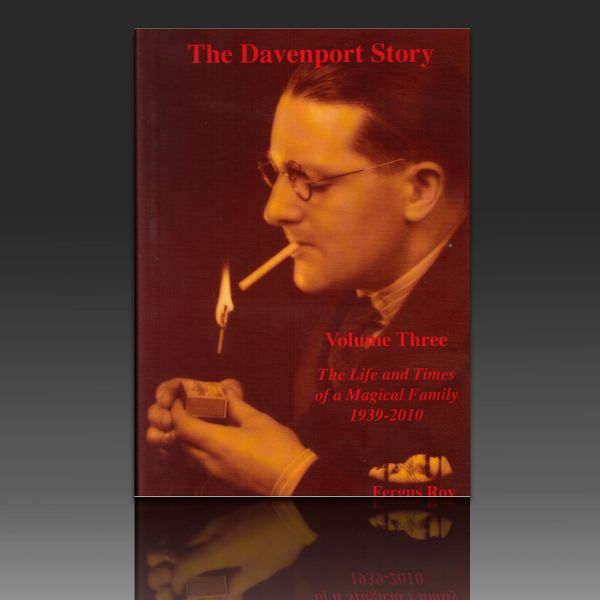 Beschreibung Bewertungen 0
Beschreibung
The Life and Times of a Magical Family 1939-2010 The second volume of the Davenport family's... mehr
Menü schließen

The second volume of the Davenport family's story starts where it could have ended with World War II. Conscription, bombings, crippling shortages and the real threat of invasion all conspired to end the family's dreams of continuing with the business they loved. Dame Fortune chose one man to pull the company through those testing years. That man was Gilly Davenport, and the story recounts how he overcame the horrors of the war, government bureaucracy and restrictions to ensure the businesses survived yet, at the same time, cared for the family.

However, the story is not just about the business. It is about what the family is passionate about - magic. You are taken through its stages of change to the present, and on the way, you will meet the leading players. As the family knew the stars who performed in Britain, they also knew their secrets. For example, read Gilly's detailed account of John Calvert's acclaimed debut in London in 1952 and Kio's show, which baffled leading magicians but not Gilly. Other secrets such as Sorcar's Cut & Restored Tongue and Gus Davenport's never-before-seen close-up show, which amazed Jay Marshall, are carefully recorded.

Volume 3 of The Davenport Story, 536 pages, hard bound, color dust cover and over 600 illustrations including color.